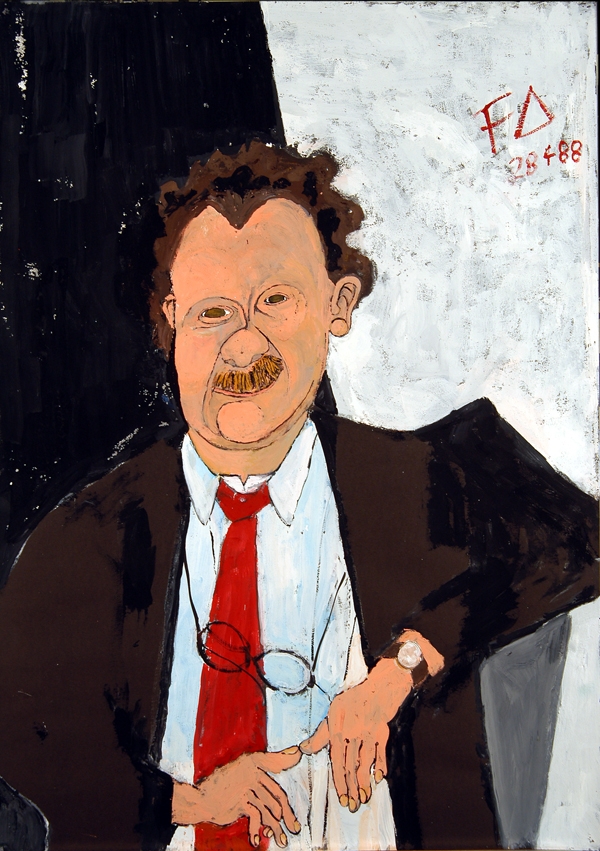 Dürrenmatt developed a taste for portraiture rather late in life: until the 1960s, he staunchly refused to draw or paint "from life". Starting out by painting portraits of his friends and members of his family, he took his cue from his friend Varlin, exaggerating his models' features to the point of caricature. In 1975 he began doing a series of self-portraits in different techniques, at the same time as he was working on his autobiography, Stoffe.