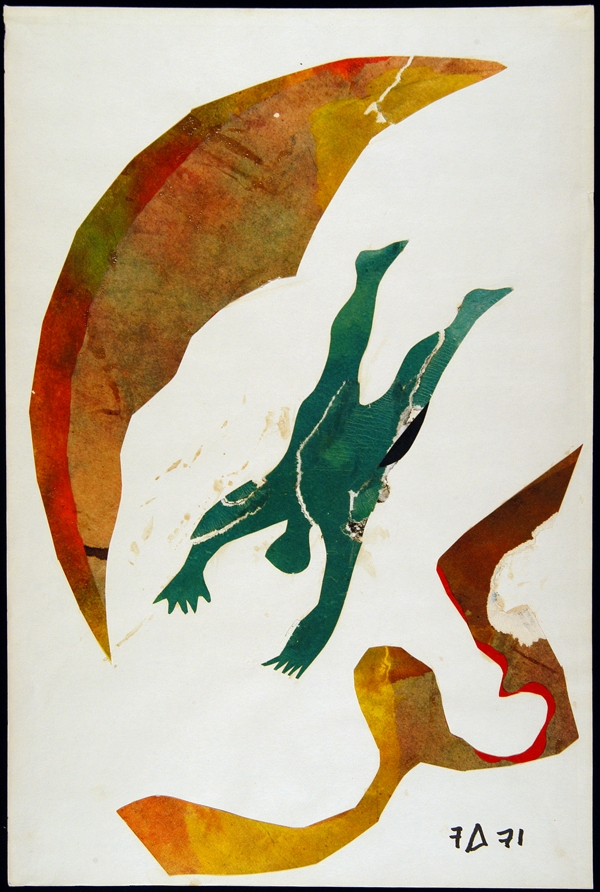 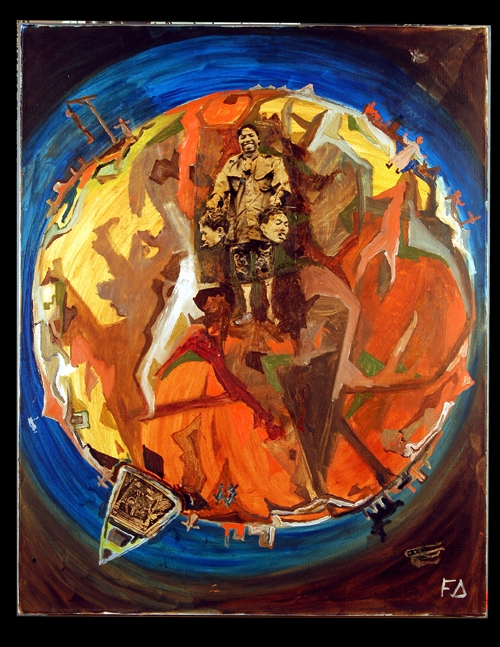 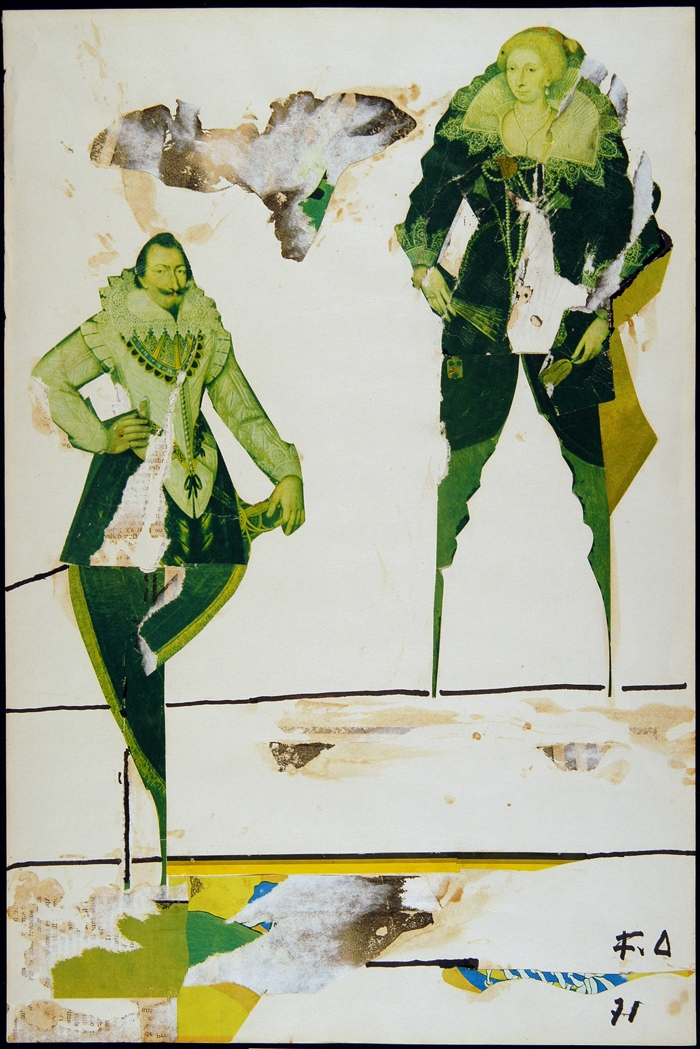 Dürrenmatt produced collages for but a short time and on only a small scale. He took up the technique mainly in the early 1970s, cutting up iconographic documentation and combining the fragments with gouache paints. During this same period, he also experimented with montage on a literary level, resulting in Portrait of a Planet. A signature feature of all these works is their close tie to contemporary events, such the war in Vietnam or the first man to set foot on the moon.

During a single night in 1969, Dürrenmatt created a full and impressive wall collage in his workroom, at the site of the 5-meter-wide “Salvation Army” painting by Varlin, on loan for the purposes of an exhibition. Not that this collage was intended as a work of art: rather, it was meant as an assemblage of recollections from the theatre world.