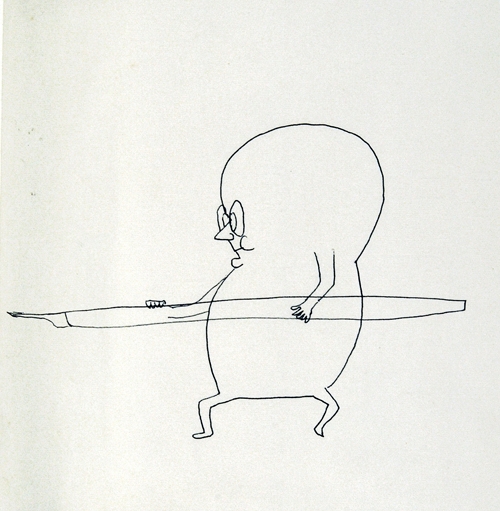 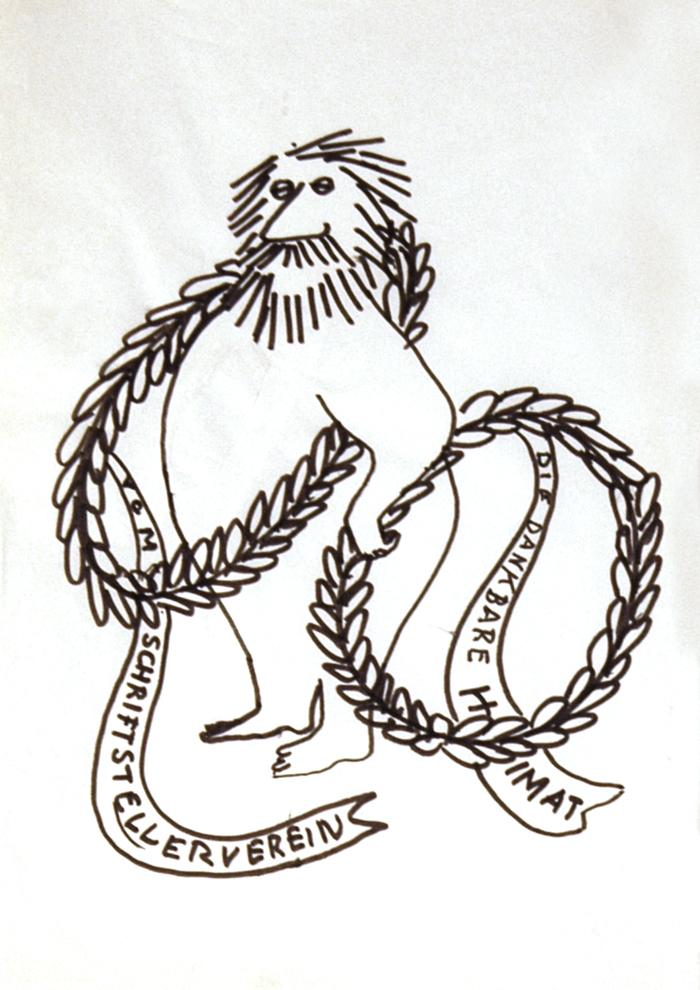 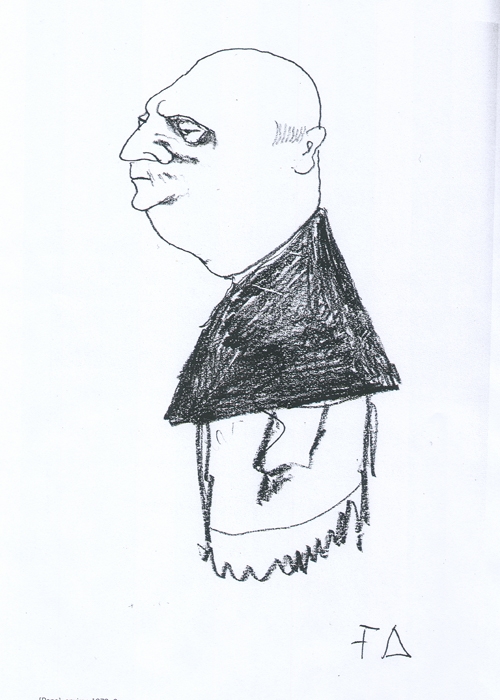 Very early on, Dürrenmatt revealed a gift for the cartoonist’s swift and steady touch. His darkly humorous caricatures were frequently linked to the political issues of the day, like in My Poster Homeland, or to his writing — either when drawing figures taken from his own literary works (e.g. Hercules) or when satirizing the literary world in terms of a war between artists and critics. Dürrenmatt’s caricatures bear witness to his unbounded imagination. In most cases, he drew them in series, presenting a number of variations on their successive parts.